Our Northeast Massachusetts fireworks guide is new today, June 12, 2018. Our guide covers displays in these Northeast counties: Essex, Middlesex, and Suffolk. We will keep updating the listings all the way through the holiday weekend.

We list every event, big or small that we find. This feature is just part of our comprehensive coverage of the holiday. We also feature concerts, patriotic parades, arts festivals, boat parades, small town decorating contests, barbecues, carnivals, picnics and more on our 4th of July in Massachusetts page.

We’ve been working on this list for the past several weeks and we think that we’ve got Northeast Massachusetts Fireworks pretty much nailed down for this year. You might not agree. You might know of some small town fireworks display that we missed. Please write us with your corrections complaints and additions to our listings. We want to hear from you!

We list the rain date for most of the events, the location whether it be at the local school or the town park and we provide a link to the town site or recreation department site so that you can always get more information.

One note of caution, we verify our information and we double-check everything. We do make mistakes and sometimes the event date, time or location changes at the last-minute. We implore you to verify the details of the event, either on the town’s website or their Facebook page before you make a long trip or make big plans. We want to help you and your family have a great holiday! 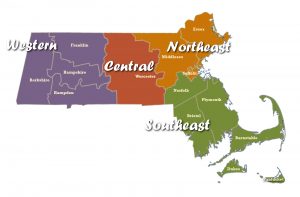 Our choices for the best displays in the state

If you can’t find the show you’re looking for here, it probably doesn’t exist!

Every town in Massachusetts that has a fireworks display, listed in alphabetical order

How to Photograph Fireworks

Our list of tips on how you can improve your shots of fireworks. 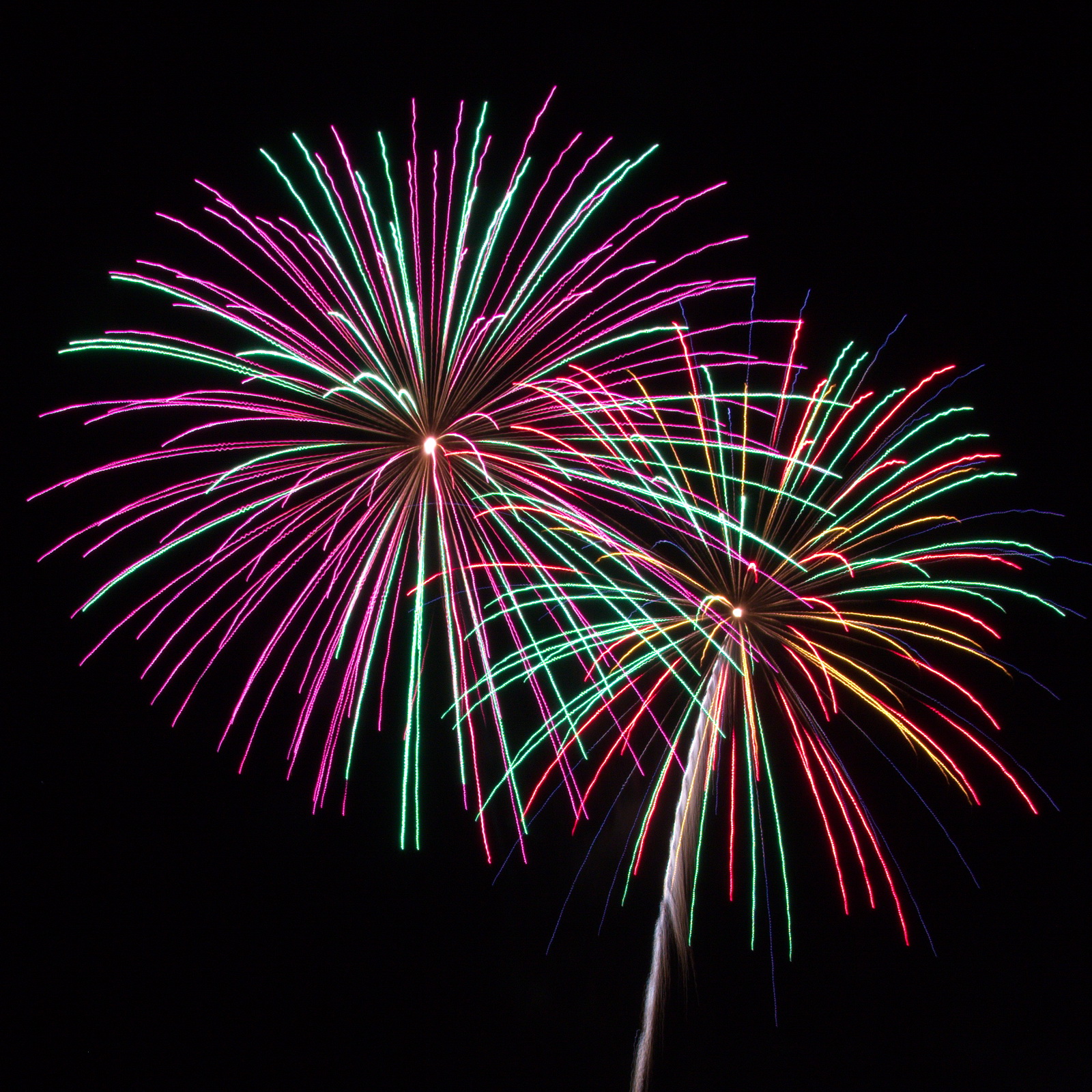 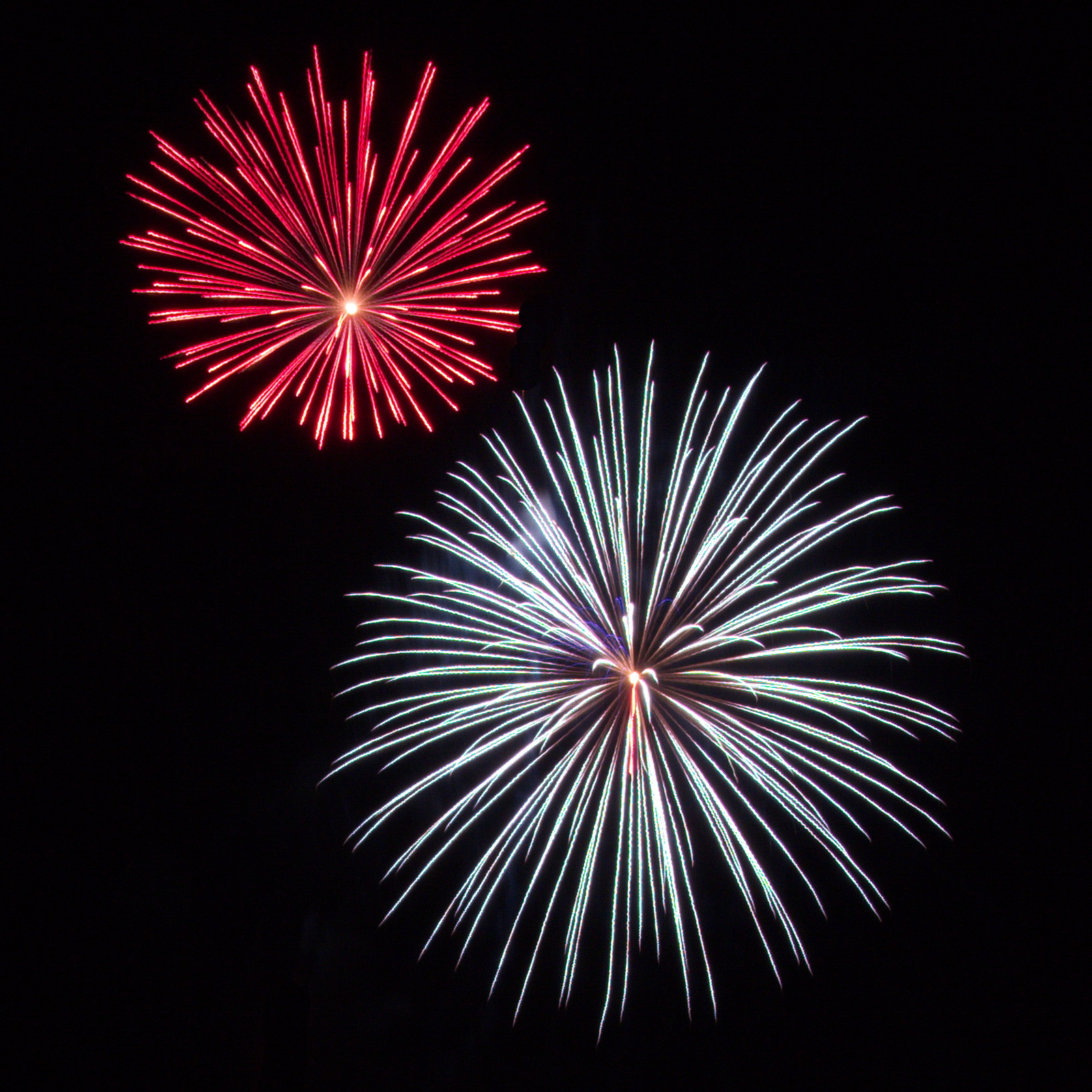 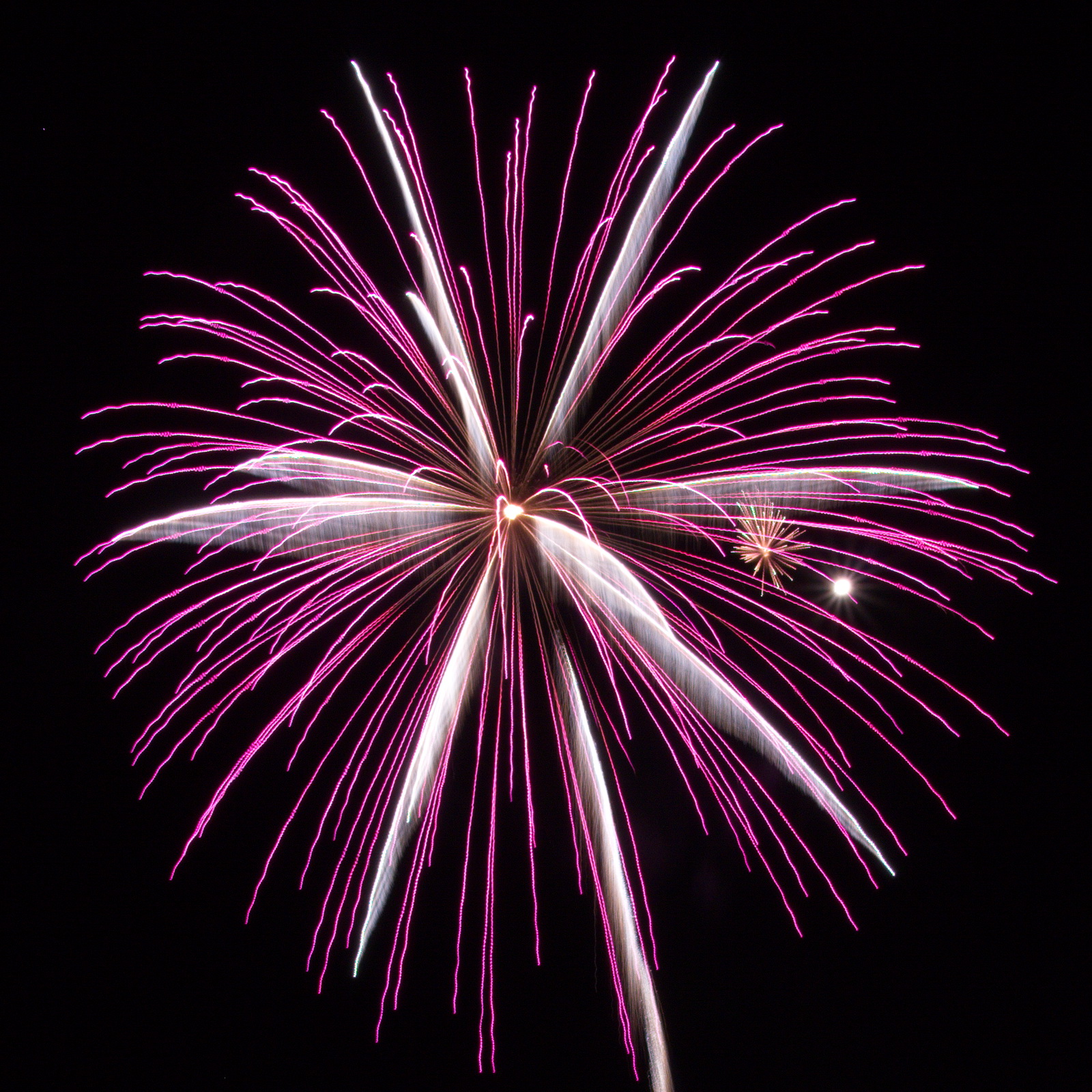 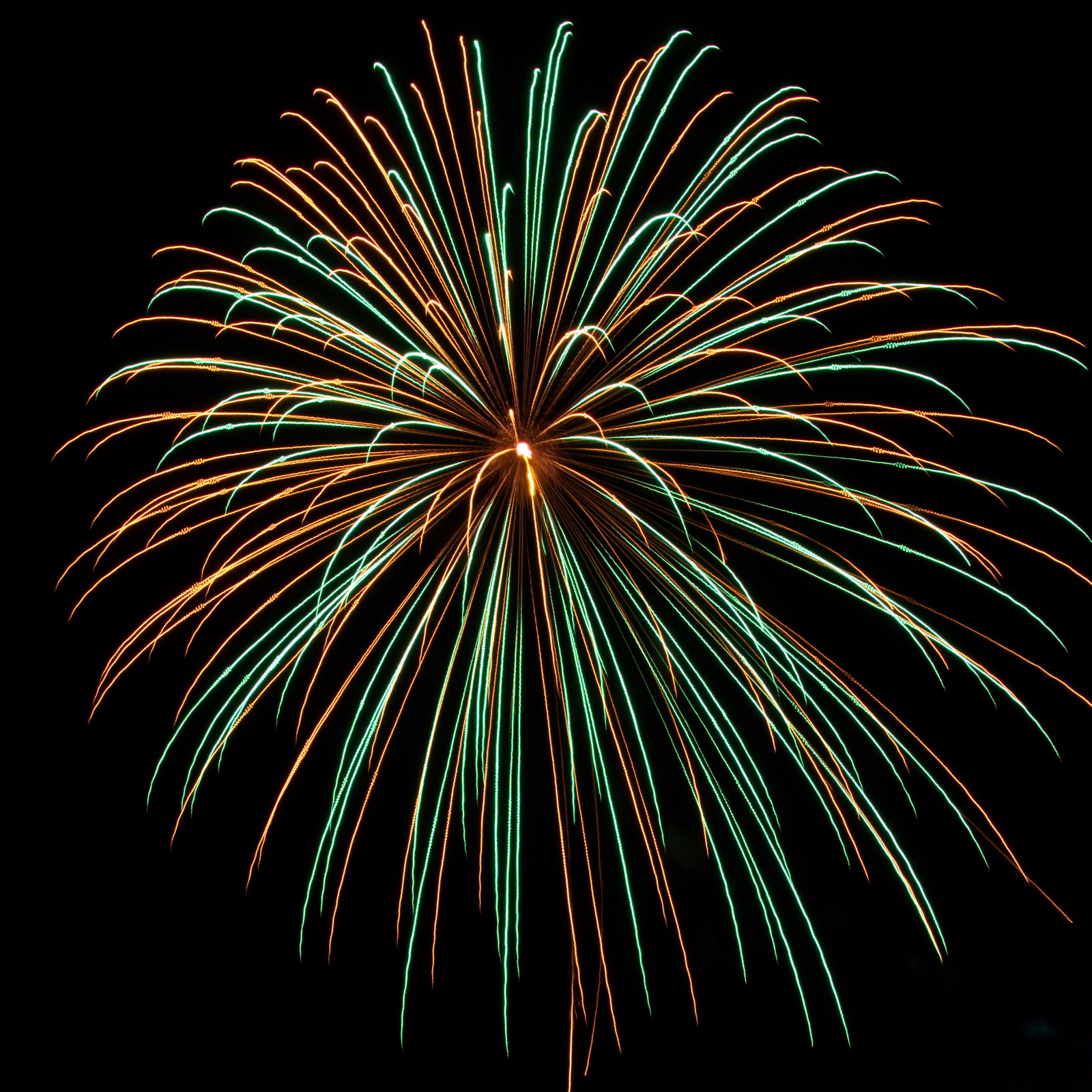 Our Massachusetts St. Patrick’s Day Events Feature is brand new today, February 28, 2017. Some events are beginning this weekend and we know that we are late in getting this story published. We’ll be adding new events over the next few days to catch up on the events going on all over the state.

The St. Pat’s Day events include parades, film series, and more in all sections of the state. 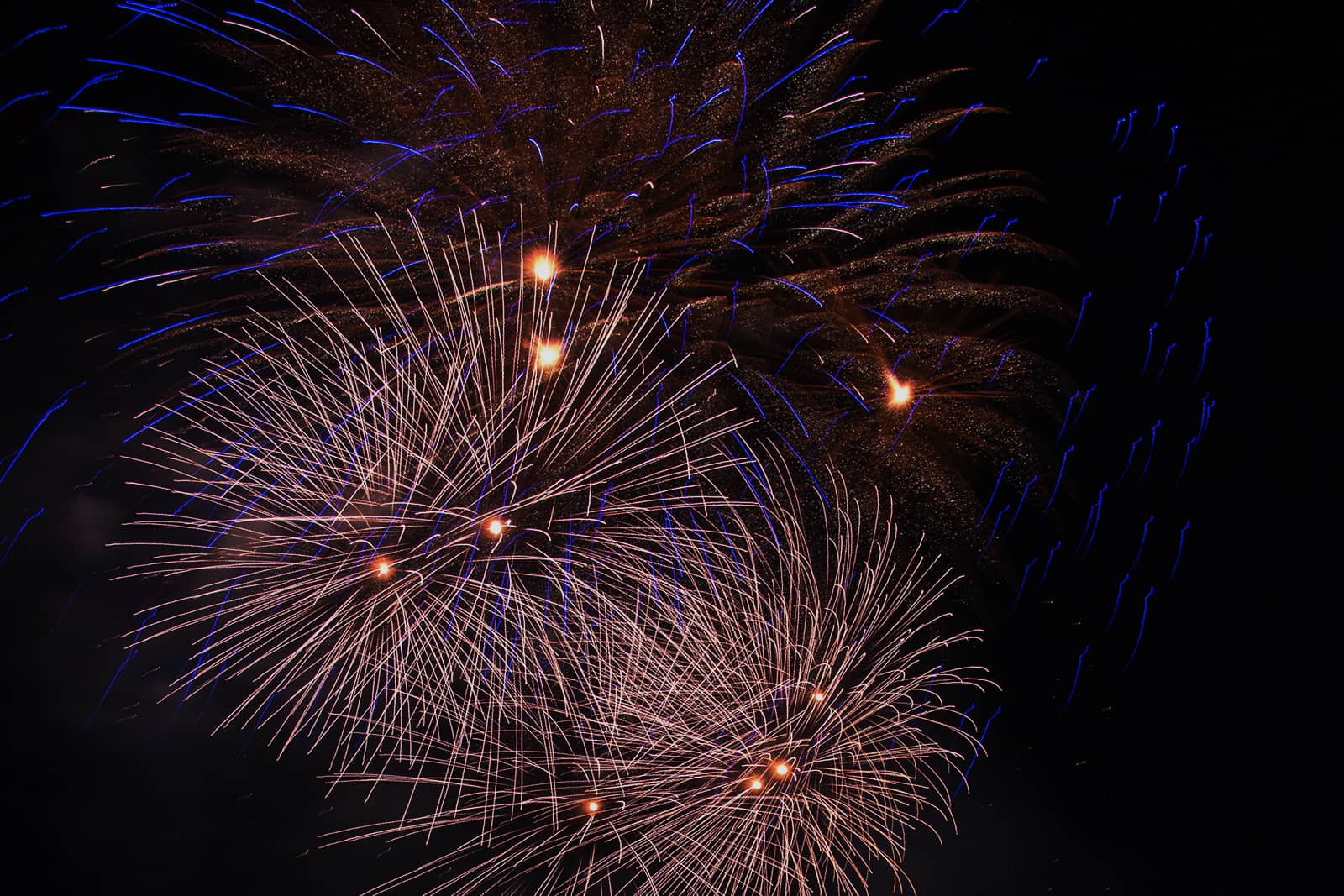 Our First Night Massachusetts Guide is new today, December 31, 2016. We are quite late in getting this story published, but we wanted to get the feature out there and established for next year. There are first night celebrations all over the state of Massachusetts from Chatham to Worchester and Boston. Here’s our list for this year.

Boston’s first night celebration is the oldest one in the state. It premiered in 1976. This celebration features early and late events that are designed to meet the needs of two distinct audiences. The early events run from noon to 4:00 pm and more geared towards families and children. These events lead up to an early fireworks display over Boston Common at 7:00 pm. The Countdown to Copley fireworks and light show take place at midnight. There are concerts and performances at venues all day long and all the events are free. Find out more.

Worchester’s first night is celebrating its 35th year. The festivities include folk music, jazz, choral groups, Irish dance groups, rock, bag pipe bands, bluegrass, country music, blues, thetrical performances, puppet shows, dance, ice sculptures, magic shows, bounce houses, acrobats, movies and more. The night comes to a close with a fireworks show at 11:15 pm from the top of Bell Hill. Admission is free with the purchase of a button for $10.00 to $15.00 each. Find out more.

Beverly is moving their celebration this year to Friday, December 30, 2016. The festivities this year all carry a Pokemon theme. Highlights from the events include face painting, kid’s arts and crafts, Irish Dancers, teen bands, curious creatures, juggling, party music, a magic show, a grand procession and the kid’s countdown and beach ball drop. There are no fireworks scheduled. Buttons are available for $8.00 each. Find out more.

First Night Chatham is celebrating their twenty-sixth year on December 31, 2016. The fun begins at noon and continues till dusk when the fireworks go off at Veterans Field. The event celebrates the arts and culture of the region and takes place at locations all over town. Early highlights of the festivities include an annual town photo that is taken at the Chatham Lighthouse, a bubble wrap stomp, and a Carnival Caper costumed road race. There’s also a concert with the Cape Cod Jazz Quartet at the Orpheum Theater, miniature golf at the Community Center Gym, Bradley James at the Congregational Church, Keltic Kids at St. Christopher’s Chapel. You’ll also find Cirque du Jour at the Middle School Large Gym, Chinese Folk Dancers at the Middle School Auditorium, Ryder Martin’s Fabulous Trains at Atwood House Museum, and Horse Drawn Wagon Rides at Town Hall. Later in the day, there is a Noise Parade, early evening, low-level fireworks at Veteran’s field for children that can’t wait till midnight, and finally the Countdown Cod and fireworks on Oyster Pond at midnight.

First Night Sandwich celebrates its fifth year in 2017. The festivities begin at 4:00 pm on Saturday, December 31, 2016. This family-friendly event is a non-alcoholic celebration of the arts. Some of the performances include Mamadou, a five piece African band playing at town hall, The Green Briar Nature Center puppets at 1st Church, and Woodhall/Jackson Folk Music at C.W.’s. You’ll also find the Cape Cod Guitar Ensemble at Sandwich Glass Museum, Vernon Parris Steel Drums at the library, and the Highland Light Scottish Pipe Band at the Masonic Lodge.

There will also be ice sculptures, a children’s ice skating rink, lighted giants in the village and along Route 6A, children’s crafts, a fairy garden, and a Resolution Wall. The Reveler’s Parade starts at 8:00 pm. Lineup begins at 7:00 pm at Wing School. The parade route winds through town and ends up at First Church and Shawme Pond. The night concludes with the fireworks display over the pond. The finale features the lighting of the giant sea creature sculptures, a cannon firing and a fireworks display on Shawme Pond.

New Bedford celebrates the coming of the New Year with a full evening of family friendly activities that are all free. This First Night New Bedford type event features stilt walkers, live music, ice sculptures, local food vendors, fire eaters, and a fireworks display at 8:30 pm at State Pier. The events start at 5:00 pm near Custom House Square. The fireworks are best seen from lower Union Street from Route 18 to North Water Street.

There is also a special New Year’s Eve Bash at the New Bedford Whaling Museum presented by the Zeiterion Performing Arts Center. The Bash features live music by the Becky Chase Band and Dori Rubbicco, food by Russell Morin Caterers, a champagne toast, cash bar, roaming performers, a fortune teller and children’s entertainment. Visitors will also have an incredible front row view of the fireworks along the waterfront. The event runs from 7:00 pm to 10:00 pm. Tickets are $50.00 each for adults and $15.00 each for children under the age of 12.